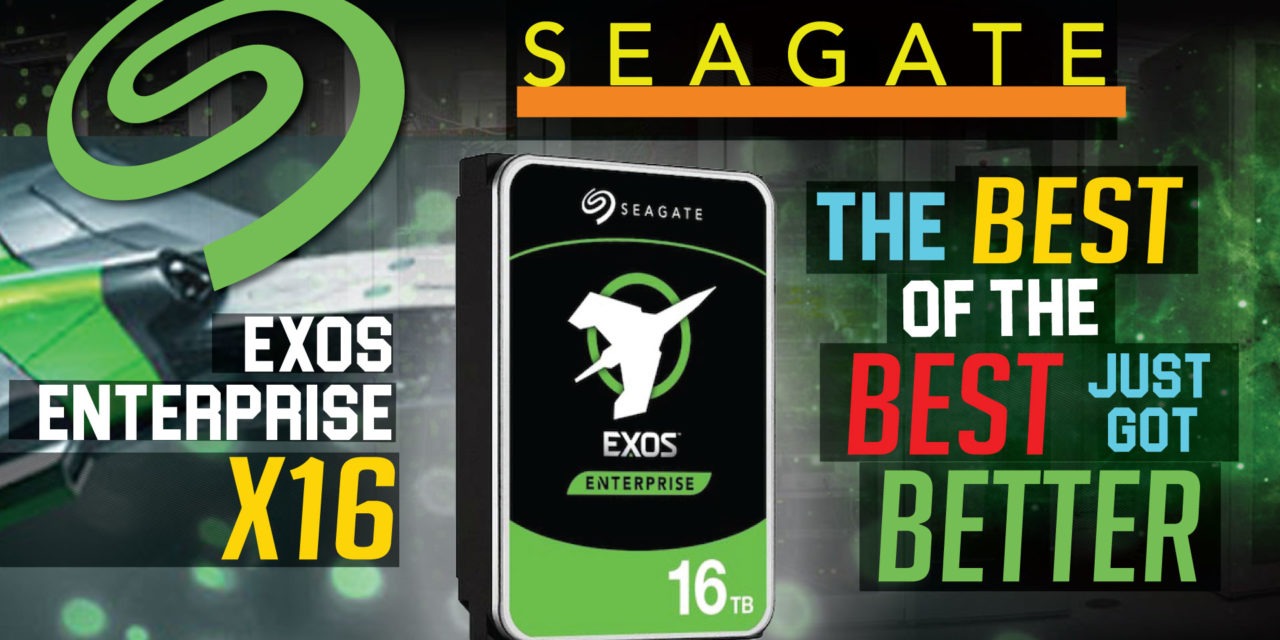 Since its inception, Seagate’s Exos X series was, is, and probably always will be, their premier Enterprise 7200RPM 3.5-inch hard disk drive line. As such every ounce of knowledge, experience, and trick Seagate’s engineers have learned since Seagate released their first enterprise hard drive is distilled into this special series. Put simply, the Exos X series is meant for massive server farms where hard drives are not counted in ones or tens, they are counted in the hundreds and even thousands… and the number of different duties they are expected to handle is nearly legion. The latest edition to the Exos X model is the Exos X16 and it should also come as no surprise that it also comes with an asking price that is more in line with a ‘everything including the kitchen sink’ design philosophy that the Exos X series it built around. 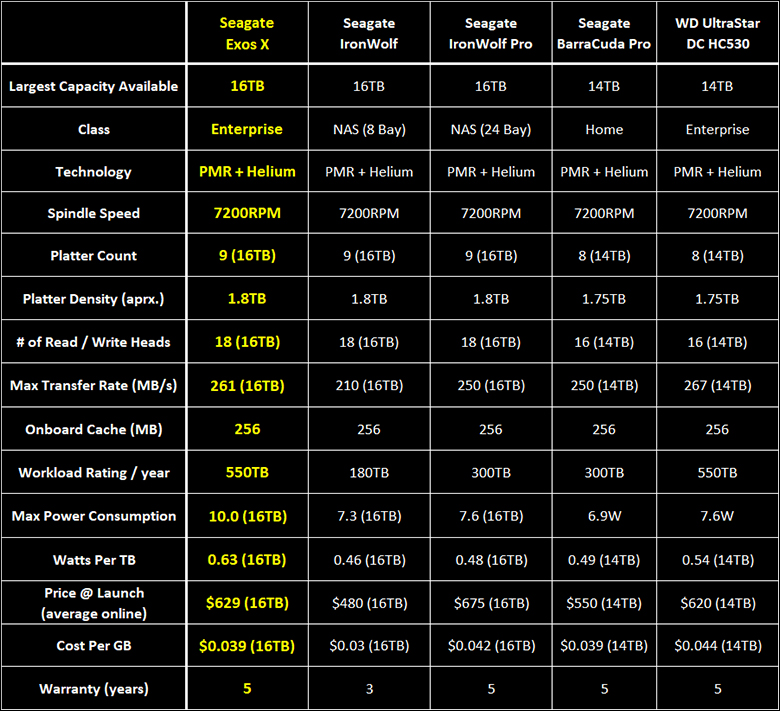 By the same token, an asking price of $629 is not all that outlandish for a 16TB capacity hard drive. It may be nearly $150 more than the $480, SOHO NAS oriented, IronWolf 16TB drive (or 3.9 cents per GB vs 3 cents per GB), but this model is the pinnacle of performance, engineering, durability, and even adaptability. So yes, a flagship capacity model that is part of the premier enterprise storage series is expected to cost more… but you get a lot more as well. On the performance front buyers can routinely expect empty drive performance in excess of 260MB/s, with small file random IO performance that we could hardly believe during testing.

Equally important, and as the name suggests, this hyperscale orientated hard disk drive model comes with a whopping 16TB of capacity, yet only consumers an average of 6.3 watts (which matters when talking about thousands of drives in a server room). A five year, 24/7/365 warranty, backstopped by a year work load rating of 550TB – or over three times that of the standard IronWolf 16TB model. It even boasts (optional) automatic hardware level encryption that promises to not impact overall performance. If all that was not enough it also comes with uber advanced features such as PowerChoice where you can configure how deep the idle state it enters is, when it enters this state (or if at all), and can even set up four different idle states to give you complete control over reduced power vs. response time.

While we honestly doubt many home users will ever have the privilege of using this drive series, this is perfectly acceptable. They are not meant for us mere mortals. Instead this drive series is meant for the likes of Amazon, Google, IBM… even the NSA. This is why the Exos X series is not part of the Seagate Guardian series. Instead it resides above that line-up at the very top of Seagate lines. This is however a great way to showcase precisely how far Seagate has come, and how far they have pushed the performance boundaries of what was once thought impossible from a mere 7200RPM hard disk drive. So even if you are not the intended buyer, we hope you enjoy this in-depth look at what Seagate can offer when you give them a darn near unlimited budget.

The Best of the Best Just Got Better If you are looking for a new monster sized hard disk drive whose only compromise is in its asking price the Seagate Exos X16 16TB capacity hard drive is the drive you want. Its performance, its durability, and even its customization is nearly unmatched. As long as you can afford the slightly, but still reasonable all things considered, asking price it is the series want. 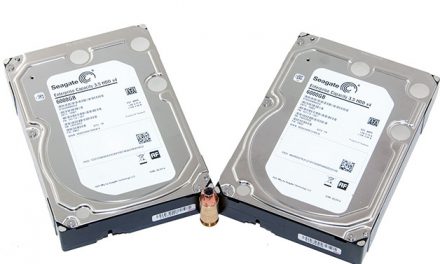 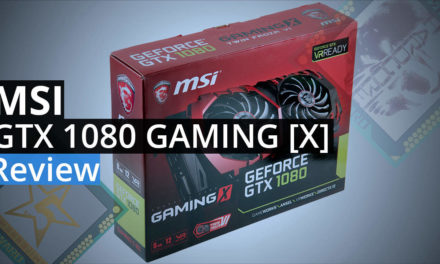 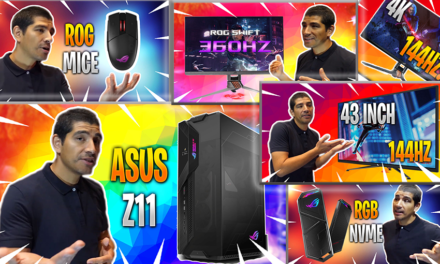 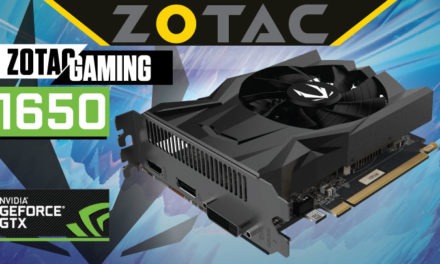